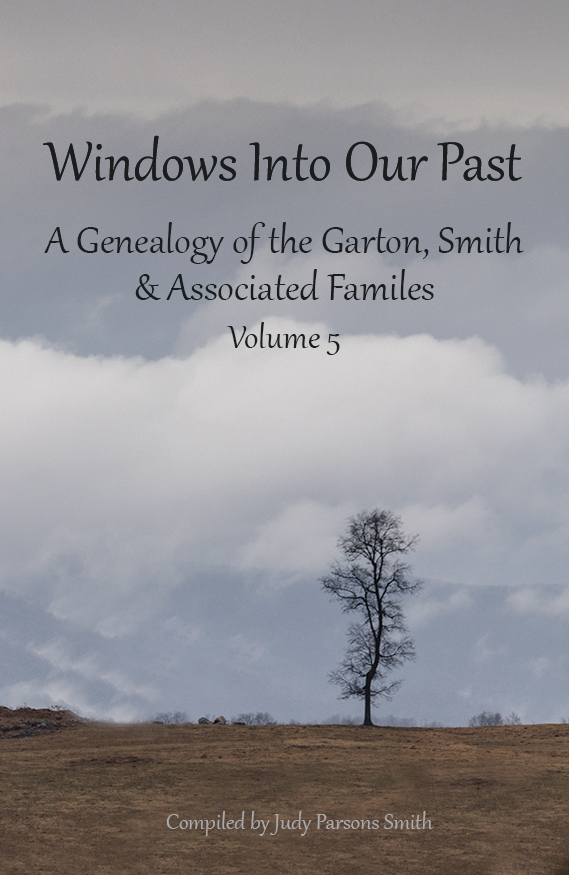 A Genealogy of the Garton, Smith
& Associated Families

My journey into the families within the pages of this volume began innocently enough.  It was my desire to set down the ancestry of my husband for our children.  That simple goal has however, turned into a true expedition through the pages of history.  Let me briefly introduce you to several of the more colorful characters that you will find amongst the pages of this volume.  They are Capt. William Garton, William Mabe; Col. Martin Van Buren Mabe and his housekeeper, Nancy Jane Mabe; and Stephen Hopkins.

Capt. William Garton  was a planter, residing in Lancaster County, Virginia on land bought in 1673.  He also ran a coastal shipping business with his brother-in-law, Uriah Angell. His children Uriah & Margaret went on to marry and have children that eventually produced cousins who married thus bring the family together once again.  His descendant Thomas Garton served during the Revolutionary War, and John Henry Garton served during the Civil War.